Short fill e-liquids and why I need them 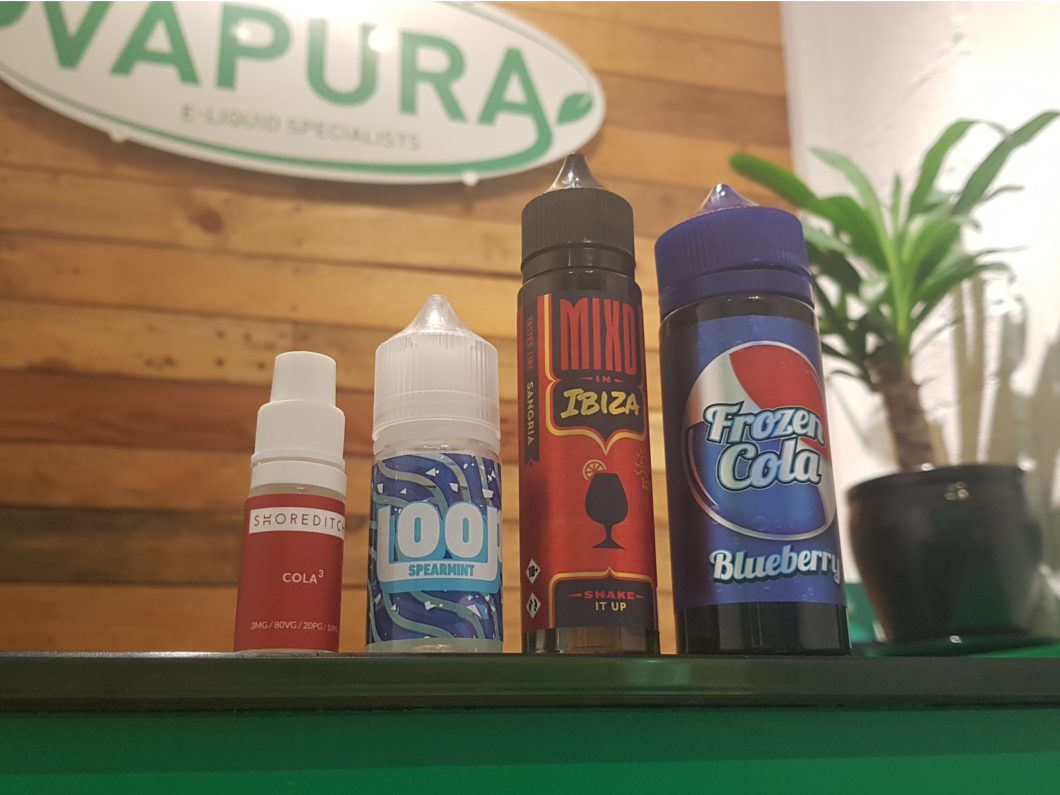 Short Fill E-Liquids and why I need them

Whether you’re just about start your vaping adventure or slowly finding your feet in the vape world, you may or may not be aware of the short fill e-liquids . Either way, Vapura is here to help.

It all started with the graceful 10ml e-liquid bottle. When e-cigarettes were all low powered simpler devices, without the range of wattage control & temperature controls of today, it was all about high nicotine and low liquid consumption. A 10ml bottle was nice, small and lasted you the guts of a week depending on usage. Even still today, 10mls serve a purpose, I often find myself gravitating to them myself. Due to their compact nature, they fit easily in your pocket and you get to mix round the flavours you use more often, keeping things interesting. Also if you try out a 10ml new flavour e-liquid for the first time and end up hating it, you haven’t just thrown €30 down the tubes on a premium 120ml bottle you thought you’d like.

Although 10ml is the largest bottle size you can buy in the EU that contains nicotine, it has a re-assuring factor. No 10ml bottle sold EU wide can be sold without undergoing stringent and expensive EU lab toxicology testing. That means nothing except pharmaceutical or at least food grade Vegetable Gylcerin, Propylene Gycole, Nicotine and flavourings can be added to the mix. It also means every bottle sold can be traced from high street shelf directly back to manufacturer batch.

The biggest drawback for the 10ml e-liquid bottle is the fact that you have to replace them so often. If you are on a sub-ohm atomizer at 40+ watts all day, you could easily go through a bottle in 2 days. No matter what way you spell it, that means more trips to your local vape shop and it starts to become a bit inconvenient. It could be argued that the reason why the 10ml size restriction came in with the Tobacco Product Directive was to make it more awkward to vape, thus discouraging people from swapping over to e-cigarettes, which from a health point of view is irresponsible on the EU’s behalf. That’s where the idea of the Vapura E-liquid Membership idea comes into good use. The correct amount of 10ml bottles delivered direct to your door, without the inconvenience.

Another drawback of the 10ml bottle is the cost. Prices for 10ml bottles vary between €2 – €6, with the standard pricing being in the €5 range. Generally speaking when it comes to cheap bottles, you get for what you pay for with either under-flavoured, harsh or too high nicotine levels. In saying that you can pick up the occasional bargain, but they are few and far between. That’s why Vapura only stocks premium e-liquids priced flatly at €5, ensuring you get the best value for money and you will never be let down on quality.

With the increased cost of putting 10ml bottles into production, a lot of manufacturers disappeared over night and the range of flavours reduced considerably since July 2017. This is where the concept of the short fill e-liquid was born.

A short fill e-liquid is effectively a bottle of nicotine free e-liquid that has a bit of space at the top to mix in a nicotine concentrate. Short fills come in a range of sizes with the most popular being 25ml, 50ml and 100ml. You then add a 10ml 18mg nicotine concentrate into the bottle, shake it vigorously and next thing you know, you have a large quantity of 3mg e-liquid, which is the typical nicotine strength of most sub-ohm vapers. In some rarer cases you will find short fills that have space for two nicotine shots meaning you can get the liquid up to 6mg but these are few and far between. Fortunately our Shoreditch range come with space for 20ml of nicotine concentrate as standard, like our Shoredtich Boss.

One major drawback of short fill e-liquid bottles is that it is completely unregulated. This means that you have huge amounts of liquids being manufactured by unknown brands, so you just don’t know who to trust. If you see a price of a short fill e-liquid almost too good to be true, there is probably a very good reason for this. It is coming from a warehouse where no health and safety standards are being implemented and selling the liquid en-mass to vape shops at an extremely low price. Considering you are already saving approximately 80% vs the cost of smoking cigarettes, is it really worth putting your health at risk for a saving what is a minuscule amount in the general scheme of things? At the end of the day, this e-liquid is going into your body.

At Vapura we only deal with manufacturers that employ the highest level of production quality control, your health is our concern. All the short fill e-liquids we sell come from manufacturers that have 10ml e-liquids in their line, meaning their production facility is already up to EU minimum standards. On top of that, every bottle that we sell has been tested and approved by a member of the in house, Vapura quality team.

Below is a breakdown of the pros and cons of the various short fill sizes available in most vape shops.

25ml Short Fill – For me this is the bottle size that makes the most sense. It is almost as portable as a 10ml bottle but even as a sub-ohm vaper will get you through the guts of a week. It also means that you’re going through a bottle a week, so you can change flavours more frequently and make things a bit more interesting. The two biggest cons are that it only takes half a bottle of nicotine concentrate meaning you have to have an accurate eye to get the over all nicotine level to 3mg. Also, because it is the smallest in the range of short fill e-liquids, it offers the most moderate saving of typically 33% over 10ml bottles. Price are around €10 including nicotine concentrate

50ml Short Fill – The most popular seller in the short fill category of e-liquids. With a bottle size of 60mls, it is starting to get a bit on the chunky side of things. A little bit too big for the pockets on skinny jeans or your favourite clutch. The biggest pro of this size is the sheer range of flavours available, but as mentioned above, this comes with a risk of a lot of these flavours coming from scrupulous manufacturers. Another nice aspect is that it takes exactly one bottle of concentrate to make a 3mg bottle meaning no eye balling and guess work. The savings start to kick in here with a typical saving of 40% against 10mls. Price are around €18 including nicotine concentrate.

100ml Short Fill – There’s no getting around it, these bottles are big. In fact they’re too big to bring in your hand luggage on a flight as the total contents including the nicotine concentrate will be 120ml, 20ml over the allowed limit for liquids. I’m not mad on 120ml bottles myself but I do see how they suit some people. A 120ml will last most people a month so it is convenient. Also if you work on the road or from home where space isn’t an issue, happy days. If there is a flavour that you really like and you find no reason to change, 120ml short fill bottles will suit you down to the ground. The biggest advantage of the big boy bottle is the cost. Typically these come in at €26 including nicotine, so you have to be sure you’re going to like it. If you are willing to roll the dice though, you’re looking at a saving of almost 50% against 10ml bottles. A 10 cigarette a day habit in Ireland costs roughly €2,300. E-liquid bought in 120ml bottles will cost you a fraction over €300. That is €2,000 saved in a year or enough for a 10 day holiday to Thailand to put things in perspective.

Whatever size bottle works for you, rest assured all the team at Vapura are here to talk and will help guide you through your vaping experience, finding what’s right for you. We are also introducing our great range of short fills on our membership system soon, so stay tuned..